“And so I say to you, you are Peter, and upon this rock I will build my church, and the gates of the netherworld shall not prevail against it. I will give you the keys to the kingdom of heaven. Whatever you bind on earth shall be bound in heaven; and whatever you loose on earth shall be loosed in heaven.”
Matthew 16:18-19 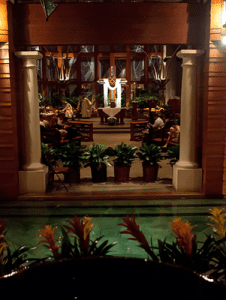 The Catholic Church is among the oldest institutions in the world and has played a prominent role in the history of Western civilization, inspiring art, architecture, culture and philosophy.  The church was founded by Jesus Christ, the Son of God; its bishops are the successors of Christ’s apostles, and the Bishop of Rome is the direct successor of Saint Peter.

The Catholic Church believes in a trinitarian God: Father, Son, and Holy Spirit, who are three persons in one God.  The Church defines its mission as spreading the Gospel of Jesus Christ, administering the sacraments, and exercising charity.

Our central form of worship is the sacrifice of the Mass when we celebrate the Word of God and the sacrament of the Eucharist.  We are one in our faith, holy in Christ, catholic in our universal beliefs, and apostolic in our lineage.

The Catholic church recognizes Peter as the rock on which Jesus declared he would build his Church. He is considered the first Pope. Peter was martyred in Rome sometime around 67 AD, yet his office continues today through the direct succession of Popes in subsequent generations of the Church.

Pope Francis was elected in the spring of 2013, and is the current leader of the worldwide Catholic church. Directly serving the Pope is the Roman Curia, the central governing body that administers the day-to-day business of the Catholic Church.

As Catholics, we profess our faith each Sunday during Mass in a concise statement of belief known as the Nicene Creed. The creed is essentially a summary of what Christ revealed to the apostles.

I believe in one God, the Father almighty, maker of heaven and earth, of all things visible and invisible.

I believe in one Lord Jesus Christ, the Only Begotten Son of God, born of the Father before all ages. God from God, Light from Light, true God from true God, begotten, not made, consubstantial with the Father; through him all things were made. For us men and for our salvation he came down from heaven, and by the Holy Spirit was incarnate of the Virgin Mary, and became man. For our sake he was crucified under Pontius Pilate, he suffered death and was buried, and rose again on the third day in accordance with the Scriptures. He ascended into heaven and is seated at the right hand of the Father. He will come again in glory to judge the living and the dead and his kingdom will have no end.

I believe in one, holy, catholic and apostolic Church. I confess one Baptism for the forgiveness of sins and I look forward to the resurrection of the dead and the life of the world to come. Amen. 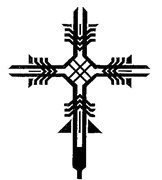 Catechism of the Catholic Church