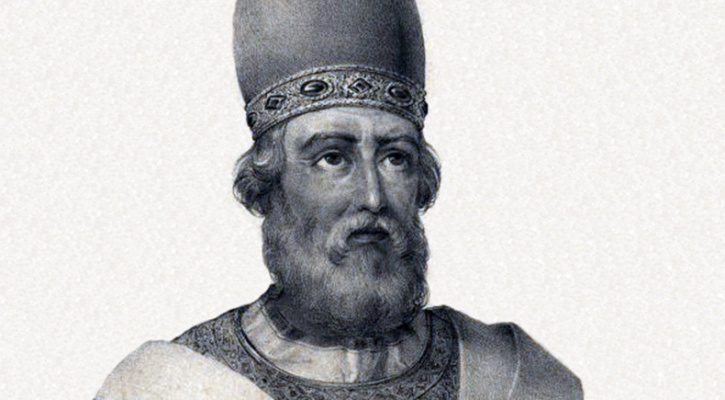 Saint of the Day for December 11

To his secretary Saint Jerome, Damasus was “an incomparable person, learned in the Scriptures, a virgin doctor of the virgin Church, who loved chastity and heard its praises with pleasure.” Damasus seldom heard such unrestrained praise. Internal political struggles, doctrinal heresies, uneasy relations with his fellow bishops and those of the Eastern Church marred the peace of his pontificate.

The son of a Roman priest, possibly of Spanish extraction, Damasus started as a deacon in his father’s church, and served as a priest in what later became the basilica of San Lorenzo in Rome. He served Pope Liberius (352-366) and followed him into exile.

When Liberius died, Damasus was elected bishop of Rome; but a minority elected and consecrated another deacon, Ursinus, as pope. The controversy between Damasus and the antipope resulted in violent battles in two basilicas, scandalizing the bishops of Italy. At the synod that Damasus called on the occasion of his birthday, he asked them to approve his actions. The bishops’ reply was curt: “We assembled for a birthday, not to condemn a man unheard.” Supporters of the antipope even managed to get Damasus accused of a grave crime—probably sexual—as late as A.D. 378. He had to clear himself before both a civil court and a Church synod.

As pope, his lifestyle was simple in contrast to other ecclesiastics of Rome, and he was fierce in his denunciation of Arianism and other heresies. A misunderstanding of the Trinitarian terminology used by Rome threatened amicable relations with the Eastern Church, and Damasus was only moderately successful in dealing with that challenge.

During his pontificate, Christianity was declared the official religion of the Roman state, and Latin became the principal liturgical language as part of the pope’s reforms. His encouragement of Saint Jerome’s biblical studies led to the Vulgate, the Latin translation of Scripture which 12 centuries later the Council of Trent declared to be “authentic in public readings, disputations, preaching.”

The history of the papacy and the Church is inextricably mixed with the personal biography of Damasus. In a troubled and pivotal period of Church history, he stands forth as a zealous defender of the faith who knew when to be progressive and when to entrench.

Damasus makes us aware of two qualities of good leadership: alertness to the promptings of the Spirit, and service. His struggles are a reminder that Jesus never promised his Rock protection from hurricane winds nor his followers immunity from difficulties. His only guarantee is final victory.