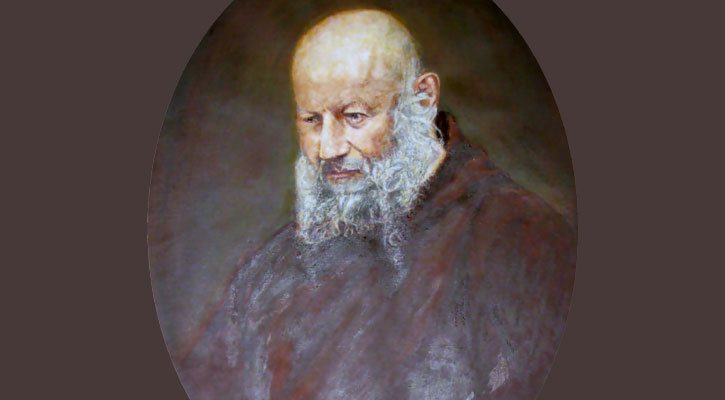 Saint of the Day for December 16

Wenceslaus Kozminski was born in Biala Podlaska in 1829. By the age of 11 he had lost his faith. By the age of 16 his father had died. He studied architecture at the School of Fine Arts in Warsaw. Suspected of participating in a rebellious conspiracy against the Czarists in Poland, he was imprisoned from April 1846 until March of 1847. His life then took a turn for the better, and in 1848 he received the Capuchin habit and a new name, Honoratus. He was ordained in 1855 and dedicated his energies to the ministry where he was involved, among other things, with the Secular Franciscan Order.

A 1864 revolt against Czar Alexander III failed, which led to the suppression of all religious orders in Poland. The Capuchins were expelled from Warsaw and moved to Zakroczym. There Honoratus founded 26 religious congregations. These men and women took vows but did not wear a religious habit and did not live in community. In many regards, they lived as members of today’s secular institutes do. Seventeen of these groups still exist as religious congregations.

Father Honoratus’ writings include many volumes of sermons, letters, and works on ascetical theology, works on Marian devotion, historical and pastoral writings, as well as many writings for the religious congregations which he founded.

When various bishops sought to reorganize the communities under their authority in 1906, Honoratus defended them and their independence. In 1908, he was relieved of his leadership role. Nevertheless he encouraged the members of these communities to be obedient to the Church.

Father Honoratus died on December 16, 1916, and was beatified in 1988. His liturgical feast is celebrated on October 13.

Father Honoratus realized that the religious communities that he founded were not truly his. When ordered by Church officials to relinquish control, he instructed the communities to be obedient to the Church. He could have become bitter or combative, but instead he accepted his fate with religious submission, and realized that the gifts of the Religious were to be gifts to the larger community. He learned to let go.